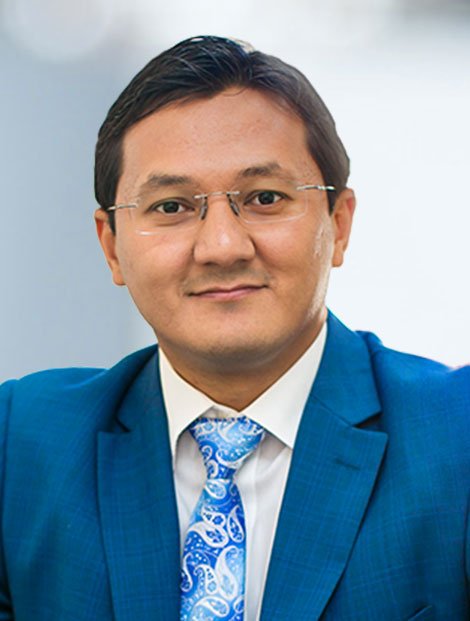 Manas Muratbekov, Esq. is a founder and the leading immigration attorney for MURATBEKOV LAW FIRM, P.A. He represents clients nationwide in all areas of immigration law. Mr. Muratbekov is admitted to the New York Bar and his practice in Florida is limited to U.S. Immigration Law.

Mr. Muratbekov was born and raised in Bishkek, Kyrgyz Republic. In 2004, after graduating with Bachelor’s Degree in Jurisprudence and Master of Laws in Criminal Justice from Kyrgyz National University named after Jusup Balasagyn. Mr. Muratbekov was admitted to LL.M. Program in Intercultural Human Rights at St. Thomas University School of Law, where he explored his passion about U.S. Immigration Law. After 10 years of experience in variety of law firms where Mr. Muratbekov earned practical knowledge in U.S. Immigration Law, he established MURATBEKOV LAW FIRM, P.A.

United States of America is a unique country where every human being with passion and determination can achieve his own American Dream and MURATBEKOV LAW FIRM, P.A. can help you with that. 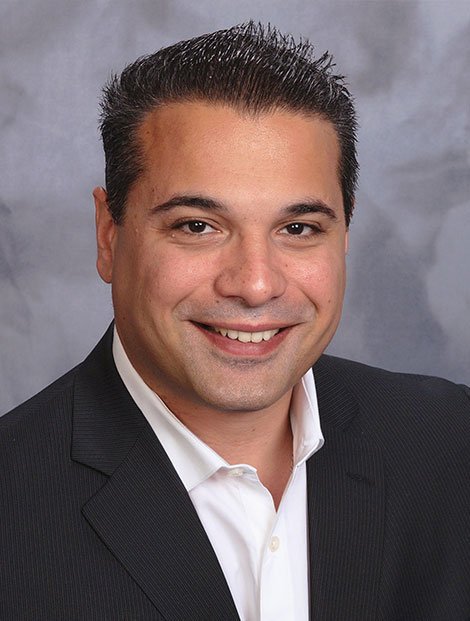 Mr. Hagoo was born and raised in Toronto, Ontario, Canada. In 2004, after graduating with an Honors Degree, in political science from York University, he was admitted to St. Thomas University Law School in Miami.

When Mr. Hagoo graduated in 2007, he became a Member of the Florida Bar the same year, and entered the legal profession. As an attorney Mr. Hagoo’s passion for practicing in the areas of criminal defense and immigration law landed him a position with the Broward County Public Defender’s Office from 2008 thru 2012. From day one, Mr. Hagoo began to hone his motion practice and trial skills as a criminal defense lawyer at the Public Defender’s Office. Mr. Hagoo handled over a thousand misdemeanors, juvenile, and felony cases from the investigative stage all the way through to trial by judge or trial by jury. He has taken well over 50 trials to verdict, argued many pre-trial evidentiary motions, defended post-conviction matters, including violations of probation and motions to vacate, and got involved in many cases at the “pre-file,” or case-filing stage. Mr. Hagoo has been successful in achieving positive results for his clients in many of his cases.

After his time at the Public Defender’s Office, Mr. Hagoo entered private practice with the intent of providing premium legal services in criminal defense and immigration law. Being an immigrant himself, Mr. Hagoo has first-hand experience in navigating through the complex and daunting American immigration system.

Very good immigration lawyer that's all I got to say

Manas is truly wonderful. Compassionate; understanding and skilled. Gives great advice, and takes away the edge of what could be a very stressful process. He brings a "human" element that most people forget when running a very busy established business. I'd recommend him to anyone.

Elena Kabanova
13:33 18 Oct 19
Manas is the best immigration lawyer! He is dedicated to his work and success oriented. He is the one who will help you to reach your goals.

Nodira Bakhritdinova
01:42 03 Aug 19
Mr. MURATBEKOV is a brilliant immigration lawyer.Great Lawyer the best of the best. This is a professional and sharp lawyer.He helped me a lot with my American citizen and with my parents case to become legalized in US within three months to get Green card which is unbelievable.He is very loyal, and is dedicated and attentive to the case were super helpful and caring during our process!. takes his time with his clients. I am very thankful for his care, patience, and concern with my case. If I can give 6 starts, I would! I appreciate for all the help! 🙏🙏🙏

Meerim Davis
01:33 26 Sep 18
Only positive experience! Extremely friendly and knowledgeable! I highly recommend Mr.Muratbekov as the best immigration lawyer. So happy we have had him as our atty to help us in reuniting. Always in time, extremely polite, helpful, and ready to answer your questions through the immigration process, as well as a super supportive in a time of hesitations. Very thankful for what we have now! Wish you and your team prosperity!

Denis Shadrin
02:09 10 Nov 17
I want to thank my lawyer Manas, for his support and help. He is very professional and attentive to details. I highly recommend Muratbekov Law, P.A. to everyone who looking for a good attorney. I am a US citizen now! Thanks again!

Hristo Hristov
15:13 29 Sep 17
Manas is an amazing guy, an extremely great professional! Defenetly recommend him! He is the best!

Nehuatl Nichanti
01:02 20 Aug 17
Manas has been an exceptional attorney walking me through the immigration process. I consider myself very lucky to have found him as I feel he truly cares about me as a client but also as a person which can be hard to find in Miami. He understands the American Dream. Thank you Manas.

Maxim Mukomelov
09:16 09 Jul 17
I had the amazing privileged of working with Manas for 2 years. Hi is on of those Lawyers that works non stop for his clients. This is the kind of Lawyer you want on you side, one that is going to give you 100% of his time, knowledge and experience.

Eldiiar Mamyrov
02:41 17 May 17
it was great pleasure to deal with him. no matter what kind of issue you have, he would be helpful. I can prove it, as well as my close friends who also contracted with him. if i were him, i would proud of great services provided and tons of won cases.

Dana Skully
19:15 16 May 17
We'd like to thank office of Muratbekov Law, P.A. for outstanding service and professional help we received. It was very important for our family to have all our legal needs assessed amd taken care of. By far the only place where i felt comfortable asking as many questions as i needed and calling my attorney. Their follow up procedures and timeliness is top notch. Highly recommend.
Next Reviews
Read more Google reviews